"Blessed" John Bereslavsky is a false prophet.  Christ warned us there would be many false prophets, especially in these last days.

If this "blessed" John Bereslavsky is a temptation for you; then I recommend reading Fr. Seraphim Rose's Orthodoxy and the Religion of the Future, and reading lives of saints, sticking with the better-known unquestionably Orthodox saints listed in the Prologue of Ochrid.  Pray for discernment.  Pray to the saints you read about asking their help.

Eventually you can expect to see that this false prophet and Edgar Cayce serve the same master.

"Our Lady" of Fatima, of Guadalupe, of Lourdes, etc., and the apparition which appears presently to "Blessed" John Bereslavsky all come from the same place [hell].
The Appearances at Fatima and the Orthodox Church
http://www.orthodox.org/Fatima.pdf
http://www.orthodox.org/fatima.htm
... Any time we make emotional “religious experiences,” “religious” sensation, or various signs and wonders the criterion of our faith, we thereby open the floodgates to every sort of delusion ...

November 2004
International Conference in Novosibirsk:
"Totalitarian Sects and the Democratic State."
http://www.lermanet.com/cisar/russia/2004_novosibirsk.htm
Representatives of the "Mother of God" center (new name "Orthodox Church upholding the Mother of God") have made themselves more conspicuous in Novosibirsk, too.  Adepts of the sect constantly imitate Orthodox clergy and monks, they wear garments similar to ours, they infiltrate state institutions and hospitals, including children's and psychiatric, and perform their "divine services" there; they baptize children.  To get into the sect, the novice has to repeat many times, "I don't have a mind, conscience, body or will" ("Rytsar Very No. 1/15, 1994).  "Every other woman is a witch," "The earthly mother is the prototype of the devil and the early father is the prototype of satan," sect leader Bereslavsky (Benjamin Yankelman, who calls himself "archbishop" John) admonishes believers.

Need Orthodox advice – Christian Forums
www.christianforums.com/t1042416/
Could someone with a solid knowledge of Russian Orthodoxy take a look at ... Center (Bogorodichniy tsentr)", a New Age cult disguised as an Orthodox Church. .... They also teach that Bereslavsky's prophesies are the "Third ...
...It is known that Bereslavsky was ordained into hieromonk (priest-monk) by "True Orthodox Church" (schismatic), but then was excommunicated for heresy...


Rocor Priest's wife visits Medjugorje in 1986
http://orthodoxinfo.com/ecumenism/medjugorje.aspx
...a pilgrim asked one of children the following question: "Does the Virgin say that the Catholic Church is the true church?" The response given by the child (Marija, pictured at right) provides clear evidence of the ecumenical content and religious relativism which, oddly enough, increasingly mark the "revelations" at Medjugorje: "Our Blessed Mother says that all religions are equally pleasing to God."
This admission is a dead give-away as to the true nature of the appearances.  We know that when Antichrist comes he will establish one world government and one world church.  To do that it is necessary for everyone to accept that one's religion is just a matter of personal taste – that God accepts all "paths" equally – that a person can choose any "path" that suits their fancy.

An Orthodox Warning
http://www.fideidefensor.proboards.com/index.cgi?board=orthodox&action=print&thread=630
...false apparitions claiming to be Mary will lead people to Antichrist... 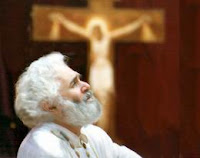