This You Tube account is owned by Euthymios Valdez.  He was originally baptized at Etna, but after that he had at least one more baptism (Gregory in Colorado).  He does not think or act like an Orthodox Christian, more like an evangelical Protestant. He says that the Holy Fathers can be wrong, were wrong on numerous ideas, and that they tell lies.  Euthymios is not just a case of an incomplete conversion – nobody Orthodox can talk like that unless they have a demon.  We can't really blame Etna, Etna is not equipped to handle demons.

Here are screen shots of excerpts from two emails he sent to me intending to teach me. 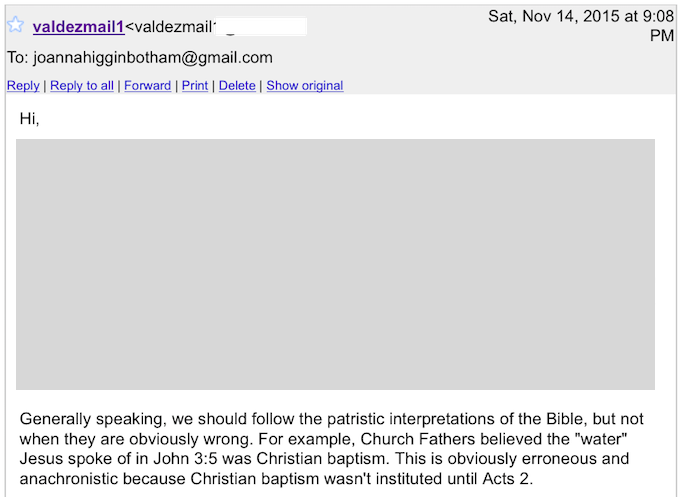 Euthymios comments on various sites, often as "Anonymous", but he also has used or uses these names: