Our Creed Is From Heaven

The earliest appearance of St. John the Theologian, after his death, took place in the III century, in the life of St. Gregory the Wonderworker of Neocaesarea.

At that time the heresy of Sabellius and Paul the Samosata had begun to spread.  St. Gregory was in doubt concerning it and ardently prayed to God and to the Mother of God to reveal to him the true faith.  One night while he was praying for this especially ardently, the Most Pure Virgin Mary appeared to him, radiant as the sun, with St. John the Theologian, who was garbed in episcopal vestments.  Pointing to Gregory, the Most Pure One ordered St. John the Theologian to teach him how the mystery of the Holy Trinity ought to be confessed.

By the command of the Mother of God, in a short period of time, St. Gregory was taught by St. John the Theologian the great mysteries of God and drew from the inexhaustible depth of the wisdom of divine knowledge. 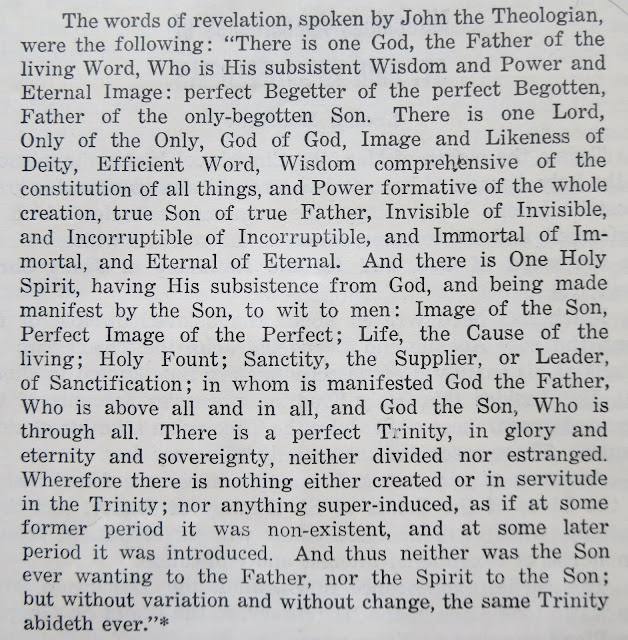 After this vision, St. Gregory recorded with his hand the words spoken to him by St. John the Theologian, and this record was preserved in the Chrch of Neocaesarea during the course of many years.

St. Gregory, Bishop of Nyssa, having related the miraculous origin of this Symbol of Faith, added, "If anyone wishes to be convinced of this, let him hear the Church in which he (St. Gregory of Neocaesarea) preached and in which until now is preserved the original copy, written by the blessed hand."

Blessed Macrina, grandmother of Basil the great and Gregory of Nyssa, having listened to the Wonderworker himself, brought his Symbol to Cappadocia and taught her grandchildren according to it, Basil the Great included in that number.

Gregory the Theologian was also guided by this Symbol.  Rufinus the Presbyter included it in his translation of the Church History of Eusebius of Caesarea.  The Fifth Ecumenical Council (523 A.D.) approved it.

The Symbol of Gregory, Bishop of Neocaesarea, Wonderworker, is one of the most precious monuments of the past.  It is not lengthy, but contains the exact teaching on the Three Hypostases of the Godhead, on Their consubstantiality, Hypostatic qualities and actions in relation to man, and is thus fully worthy of close study. 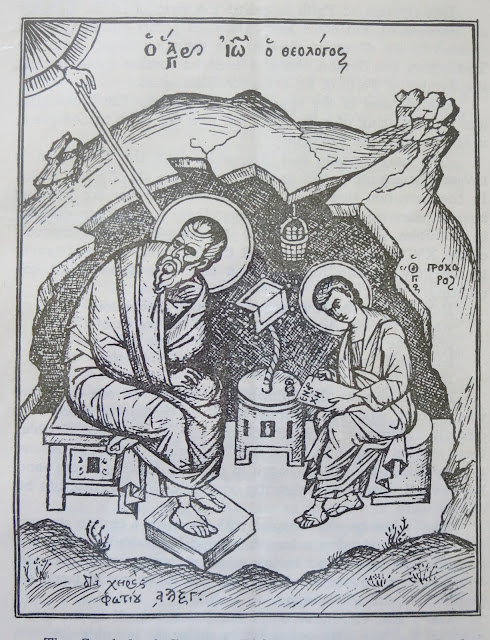 Note: This excerpt is from an article that originally appeared in Russian in Heavenly Bread (1940, No. 5), a publication of the Kazan-Mother of God Monastery in Harbin China.  The full article, "Miraculous Appearances of St. John", can be found in English in Orthodox Life magazine 1970 #3.